Ryan M. Warner, former President and CEO now chairman of Bippus State Bank, was honored by the Indiana Bankers Association with the IBA Leaders in Banking Excellence award at a ceremony on August 16 at the IBA Annual Convention in French Lick. Awards were presented to honorees representing both the classes of 2020 and 2021, due to pandemic delay of last year’s ceremony. Warner is a member of the class of 2020.

At the honors ceremony, presentations were made by dignitaries including: U.S. Sen. Mike Braun; Director Thomas C. Fite, Indiana Department of Financial Institutions; IBA Chairman Michael S. Zahn and Amber R. Van Til, IBA president and CEO. Additionally each honoree was invited to make comments, and each was presented with an ebony keepsake plaque.

Ryan M. Warner has devoted his full career to Bippus State Bank, Huntington. He joined the organization in 1977, was promoted to president in 1987, and was named chairman of the board and CEO in 2019. Active in the banking community, he serves as a director of the Federal Home Loan Bank of Indianapolis. Additionally, Warner was 1992-93 chairman of the Community Bankers Association of Indiana, which later merged with the Indiana Bankers Association. His community leadership includes service as past president and current board secretary of Huntington County Economic Development, as a member of the President’s Advisory Council on Excellence at Huntington University and as past president of the board of Parkview Huntington Hospital. A member of the IBA 40 Year Club, Warner is a graduate of International Business College and of the Graduate School of Banking at the University of Wisconsin. Congratulations to Ryan Warner and the 2020 class of IBA Leaders in Banking Excellence.

and be automatically transitioned to our new interface in November! 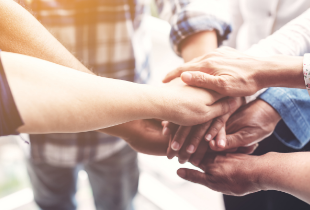 Stay up to date on

where we are and who we're serving in our communities